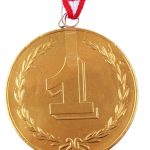 I don’t know about you, but I’ve been in awe of the quality of the athletes competing in this winter games in Sochi. I’m not a sports person in general. I may attend a local sporting event if my friends are going and have an extra ticket or my grandkids are playing.

The Olympics are different. These are world class athletes who do what they love more than anything else in their lives. They dedicate every moment of their sport to perfecting it in order to win Gold. To me, that is true sportsmanship.

As I’m writing this post, I’m getting ready to take some time to watch the women’s hockey game between Canada and USA. I know, this non-sport person is actually taking time off to watch THE most important game of the Olympics (smile.)

I was born and raised in Ottawa, Canada. I have been a Canadian for most of my life. My family of origin lives there still, my education and perspective came from Canada, and who I am at the core is Canadian. That is what I have known most of my life.

Seventeen years ago, my husband and I made the choice to move to Virginia, in the “States.” That is how most Canadians refer their southern neighbor. We’ve brought our three teenagers with us so they could have more opportunities when it came to work, education, and life experience. Since then, our own family has grown with the addition of an American born son-in-law and daughter-in-law, not to mention our four grandchildren.

A few years ago, we all became Naturalized American Citizens which was a big deal for us. It felt like merging two countries together, you know like a stepfamily. At first, I resisted becoming an American because I didn’t want to lose my identity as a Canadian. I felt I had to be either Canadian or American but not both.

When my husband and I merged our two families together to create a new stepfamily, I had no idea what the kids were going through, the dilemma of whether to keep their identity from their first family, reject it to embrace the new family, or try to combine both.

Loyalty to our roots is a strong feeling for many of us. It defines who we are, influences our perspective and decisions.

Now that I’ve become an American citizen, rooting for a country to win in the Olympics, is not easy. Do I choose my home country or my new “mother” country? I want both of them to win.

Maybe seeing the Canadian and American Women’s Hockey playoff as two siblings going for the same goal could make more sense. They are both part of my family. I love my son and stepdaughters all very much, in their own way. They have their personalities that are, in part, inherited from another parent other than us. This is what makes our kids wonderful and unique. This is what is making this Olympic Winter games wonderful for me as I get to embrace a bigger family than before.

It doesn’t have to be one or the other. Let’s make it both. Good luck Canada and USA

Please log in again. The login page will open in a new tab. After logging in you can close it and return to this page.