Today is our 23rd wedding anniversary. To be honest, this day wasn’t the most amazing day in my life. It was a memorable one, but not an amazing one.

I hear brides talking about their wedding day as being the most important day of their lives. For myself, I also dreamed of this special day. Unfortunate, it didn’t turned out the way I had imagined.

I had a few live-in boyfriends before meeting Bernard. One of them was my son’s father. So far, my track record hadn’t been very good in finding someone who respected or appreciate me for who I was. Still I had hopes that one day, I’d meet the one I truly wanted to spend my life with – forever.

And I did. It was January 31, 1990. We hit it off immediately. I knew deep down in my gut that Bernard was the one who’d get me understand what loving someone meant. We moved in together shortly after we met. Over time, we questioned the idea of marriage and if it was actually necessary for us to “formalize” this relationship or not. What if we were making another mistake? We’d been struggling in making this relationship work, in feeling and acting like a family. We’d received plenty of backlash from individuals who felt it was their duty in sharing their opinions for the best interest of all involved.

A chance opportunity to create a better life for us came in the form of a job offer in the states. At first, Bernard hadn’t even considered the offer, thinking I wouldn’t be interested in moving so far away from family and friends. When he casually mentioned his declined of this opportunity, I immediately jumped in to say “Let’s Go!” I saw this as a way for us to start fresh, to focus on us as a couple and as a family.

After doing all the legal paperwork of dissolving my business in Montreal, getting the documents and signatures from all parents so that all our kids could live with us full time in Virginia, there was one itsy bitsy detail no one told us about. We needed to be legally married in order for my son to live with us and be able to go to a public school in Virginia.

I cried! I cried because I wanted to get married for love, not out of convenience. Getting married meant there was no turning back on our promise to one another. As long as we lived together, there was this tiny feeling we had a way out. A feeling I hadn’t realized I had before then. And then, there was this hesitation about committing, not only to Bernard, but to his daughters. It’s hard saying yes to someone you love, knowing he doesn’t have the backing of his kids or family. And yet, we knew it was what we wanted and were willing to take that chance, just like taking a chance in moving to a different country, not sure of what to expect.

Before I would agree to marry Bernard, I needed for him to officially ask me to marry him – that meant with a ring and the words “Will You Marry Me?” It was important that he ask, and that I have the option of saying Yes! or No! Otherwise, in my head, it would have felt as if I gave in to marrying Bernard just so we could all move together. 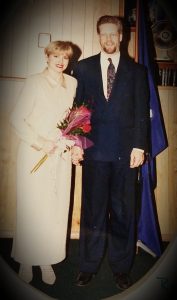 And so, on an icy and frigged cold Friday afternoon, in the midst of packing boxes, Bernard and I secretly drove to Plattsburgh NY. We filled out the necessary paperwork, had a pre-wedding dinner and romantic evening while awaiting the mandatory 24 hours in the state of New York. The next day, we got married by a justice of the peace and two unknown witnesses in Elizabethtown, NY. That was it. We drove back home, had dinner with a friend who was celebrating her 50th birthday and continued to pack our stuff. 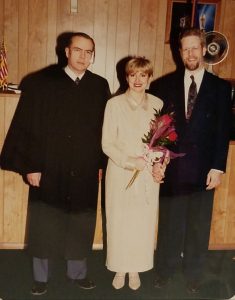 It’s been twenty-three years ago today, and although our wedding day itself was nice, what’s most memorable is the journey we’ve been on together. We occasionally argue about issued we’d hoped would have been settled once we’d be married. But no! That was one unrealistic expectation on both our parts. Still, we couldn’t imagines our lives without each other.

What we’ve learned is that no matter how long you are together or how much you prepare for the journey ahead, there will always be obstacles along the way. No amount of preparedness guarantees you a life of bliss. It’s how you deal with those challenges and obstacles that gives you a sense of fulfillment and joy in your life.

Happy twenty-third anniversary to the many who showed me the true meaning of love.

I love helping stepmoms build and create stronger and healthier stepfamilies, one STEP at a time. 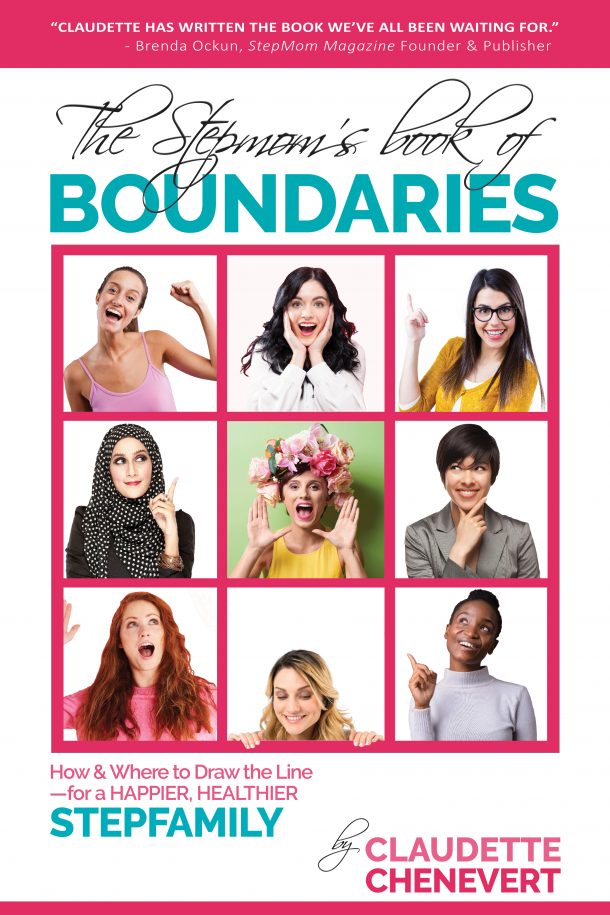 Download Your FREE Tip Sheet on
How to Set Healthy Boundaries

GREAT! Glad to have you on board. Please check your email for a welcome message from me. In case you didn't get your book yet, you can check it out at https://amzn.to/2DawHnZ Talk with you soon.

PROMISE! No sharing, renting or selling of your info. NEVER!